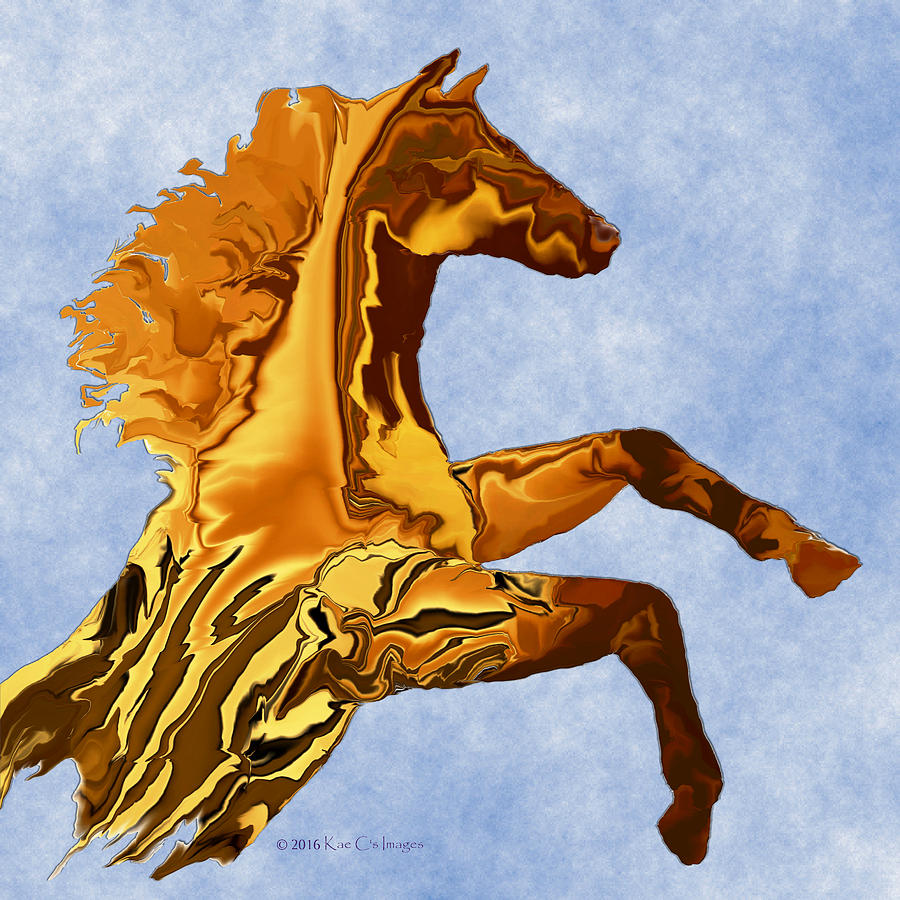 Horse rearing in a 2D digital sculpture. Part of my Digital Sculptures gallery that includes renditions of animals native to Montana.
++++++++++++++++++
This image is copyrighted to Kae C’s Images (Kae Cheatham). Not in public domain.
==================
Featured in FAA groups:
Digital Magic
Images that Excite You

Well, the horse isn't really native; in its present form it's an exotic brought to the Americas by Spanish explorers. The western part of what is now Montana learned about horses in the late 1600s. Where I live, east of the Continental Divide, the modern horse didn't become part of the landscape until the 1730s.

Fox-sized, three-toed horses, considered to be the forerunner of our domestic steeds, were abundant in my region during the Pleistocene era.

I like the play of colors here! Thank you for visiting my gallery!

This is amazing work Kae!!! L/F

This is so very lovely Kae